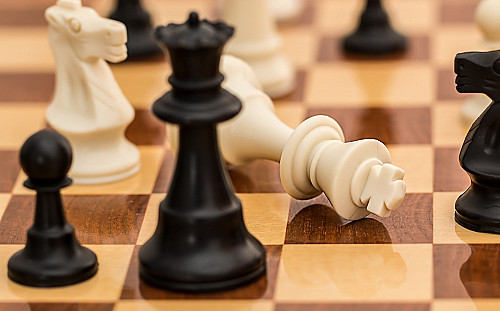 Kushal is the second top ranked player at the school in the past 12 months with England best know junior, Sheryas Royal, leaving the school at the end of Year 6 last Summer.

A five-year-old boy who learnt the moves less than a year ago has set an age record by winning the London under-eight championship. This annual event, played online last weekend, started in the 1970s boom and launched the careers of England’s elite GMs Gawain Jones and David Howell.

Most chess talents tend to emerge at seven, eight or nine, occasionally at six. Globally, the top prodigy was Samuel Reshevsky, who gave simuls at six and later became the best US player before Bobby Fischer – but there were claims that Reshevsky was born in 1909, not 1911.

I never thought I was a chess person. Then Covid came, and I've found the game cathartic
Nancy Jo Sales
Read more

Kushal Jakhria, five years eight months old and a first year pupil at the Pointer School, Blackheath, finished level with the top seed, Patrick Damodaran, on 6.5/7, but had a better tie-break. Both had winning chances during their drawn individual game.

Two years ago Damodaran, then five himself, missed out by half a point. He is now England’s No 1 ranked under-nine, with a very respectable 1750 rating, and has already represented England in world events. Jakhria, in contrast, has no over-the board graded games yet, as he only began competitive play during the pandemic.

His under-eight victory was not just a one-off. Jakhria also scored 6/7 in the London under-10, and has a lichess rating in the top 9% of the website’s 250,000 rapid chess players.