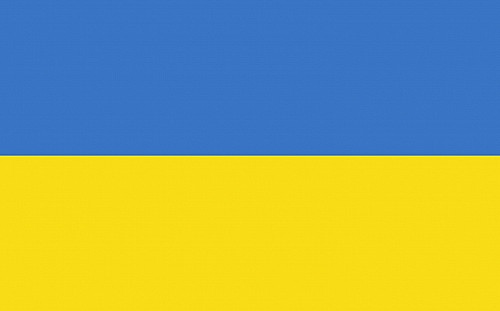 The impact of the war in Ukraine has been felt by all of us. I am deeply saddened by the current situation and very aware of the fact that we have Ukrainian and Russian families in the school. The first thing we want to be very clear about is that this is Putin's war, not a war from the Russian people. I have seen you as the parent body united regardless of nationality at the school gates and this gives me hope in this dark time.
I speak first-hand in saying that the horrors of war should not be underestimated. Despite my training over several years, the shock of being in a war zone is something that nothing can prepare you for. My time in Helmand Province has helped to shape my view of the world and I pray for all of those in Ukraine who have now found themselves thrown into the heart of conflict on their own streets.
The week of 7-11 March will be designated as A Week of Hope where we as a school community gather together to raise awareness and money for the people affected by the Ukrainian conflict.
The main events are described below and all money raised will be donated to the British Red Cross and UNHCR, the UN Refugee Agency.
All week - a sponsored “Crane/Dove-athon”
Children will be encouraged to make either white doves (lower school) or origami cranes (upper school) and bring them to school. They can complete the sponsorship sheet that will be sent home to raise money.
Monday 7 March - Praying for Peace
Prayer Corners will be set up in each playground for children to add their own prayers to tie onto the trees.
Tuesday 8 March - Pictures for Peace.
The entire school will create paintings that represent the hope of peace they feel. These pictures will be placed either in windows at school or taken home to be displayed in your windows to show the community that we support peace.
Wednesday 9 March - Dreaming for Peace.
Children and staff can come to school dressed in their pjs for a £2 donation.
Thursday 10 March - A Song for Peace.
Each class will learn the song “Prayer of St Francis: Make Me an Instrument of Your Peace” to sing in our whole school assembly on Friday.
Friday 11 March - Parent Coffee Morning (from 8:30)
Parents are invited to join us in the Lower School Playground for a coffee morning in exchange for a donation.
Adam M Greenwood
Headmaster